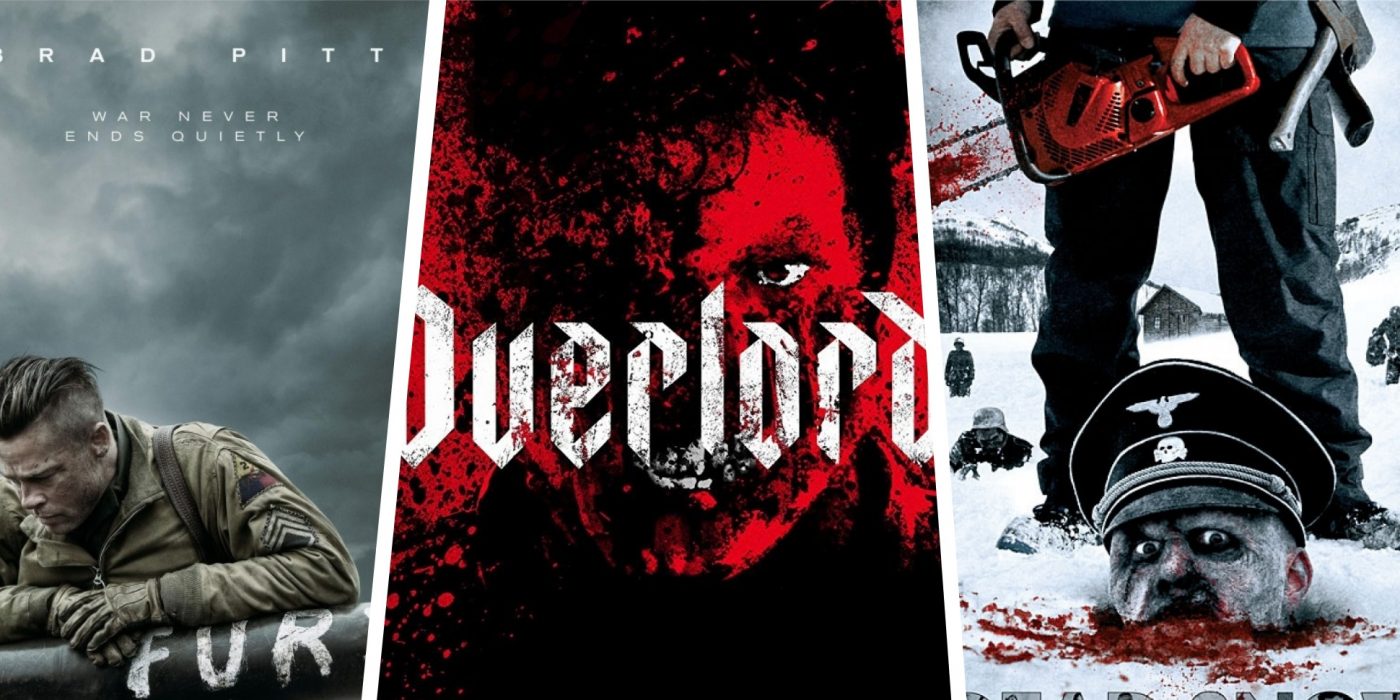 A team of US paratroopers go behind enemy lines during World War II, only to discover a shocking – and horrific – Nazi secret. If you enjoyed the gory action movie Overlord, Itcher has some recommendations for you.

A Norwegian horror movie, Dead Snow follows a group of students who are attacked by Nazi zombies in the mountains of Norway. If you like your zombie movies with atmosphere or biting social commentary, this one isn’t for you – but if you like gore and chainsaws, then it’s worth checking out.

The Nazis’ love of the occult has a long history in fiction, which includes Hellboy – the story of a half-demon brought to Earth by Nazis, but rescued and raised by the Allies. Ron Perlman stars as the grown-up Hellboy, who now works to protect humanity from supernatural and paranormal threats.

If you’d rather not have gore in your fantastical World War II action movies, then the decidedly family-friendly Captain America: The First Avenger is the movie for you. Discover the origin story of super-soldier Steve Rogers and see him take on the dreaded Red Skull and the forces of HYDRA – the Nazis’ advanced weapons division.

On the other hand, if you want graphic violence, but prefer to drop the ‘fantastical’ from your World War II action movies, then look no further than Fury. This brutal film follows a grizzled, tightly-knit tank crew as they fight their way into Germany at the end of the war.

Overlord was the name of the operation that history would remember as D-Day – and there is no better cinematic representation of the D-Day beach landings than Saving Private Ryan. Widely considered one of the greatest World War II movies ever made, this Spielberg classic is a must watch.