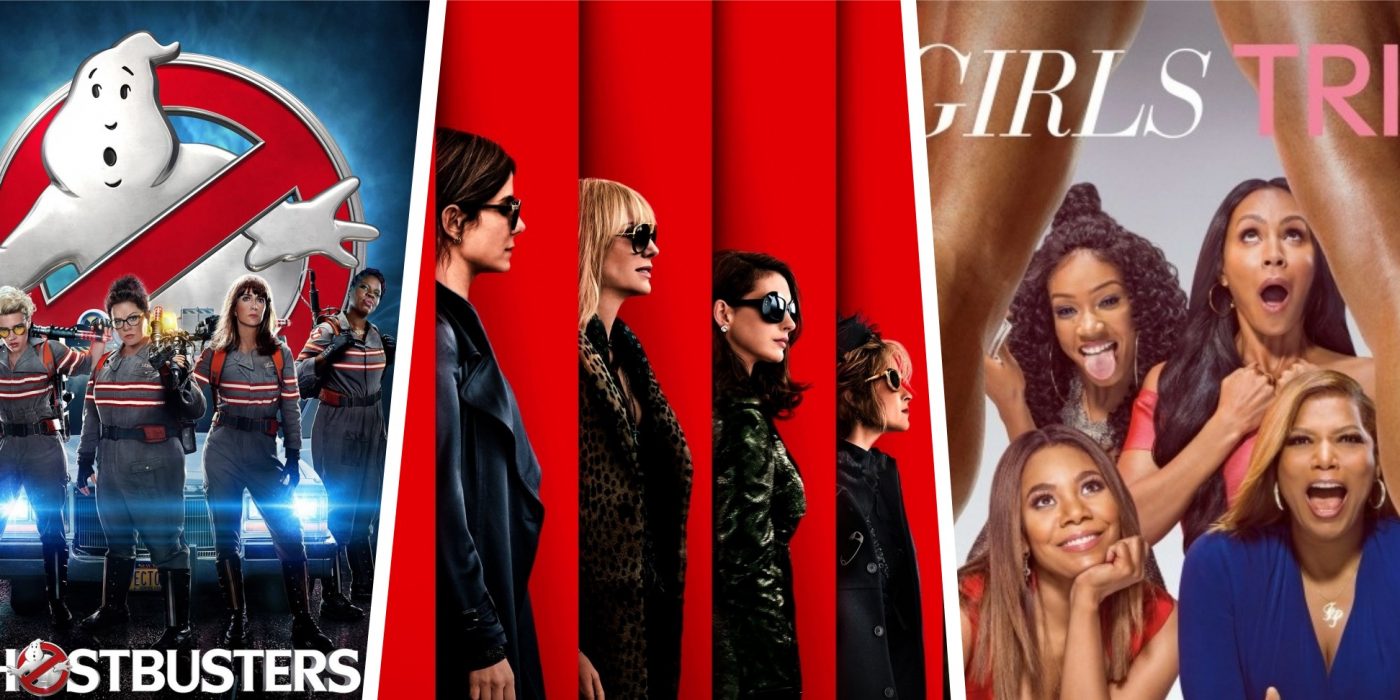 Itcher celebrates the release of Ocean’s 8 by taking a look at a handful of other memorable female ensemble movies over the years. After all, it’s not fair for boys to have all the fun.

It was the subject of a severe backlash from fans and plagued by controversy – one would think that means the 2016 Ghostbusters reboot is either the greatest movie ever made or the worst. Truth be told, it’s neither. It’s a fun, if slight re-imagining of the classic series with a great new cast of female leads.

Another Paul Feig comedy makes its way on to the list – Bridesmaids was a big hit that gave audiences a female-centric romantic comedy that was not at all afraid to get really raunchy. The infamous food poisoning scene will go down in history, but it’s far from an outlier. Bridesmaids is rude, gross, funny as hell and features a wonderful cast of leading ladies.

It may stars one of America’s foremost male sweethearts, Tom Hanks, but make no mistake – A League of Their Own is all about the ladies. Specifically, a dramatisation of the story behind the real-life All-American Girls Professional Baseball League. A charming sports story that’s impossible to resist.

5 Movies like A League of Their Own: Sporting Underdogs

A terrific R-rated comedy where a group of female friends just gets to cut loose and have some fun – one of the best reviewed success stories of last year, Girls Trip was yet another reminder that women, black people and black women can be big draws for moviegoers. Seems like a no-brainer, but apparently Hollywood needs a lot of reminders

A teen comedy that is now forever etched into the landscape of popular culture, Mean Girls is a classic that well and truly deserves its cult status. Fun and endlessly quotable, it’s one of the best teen comedies out there and arguably one of the best comedies period.