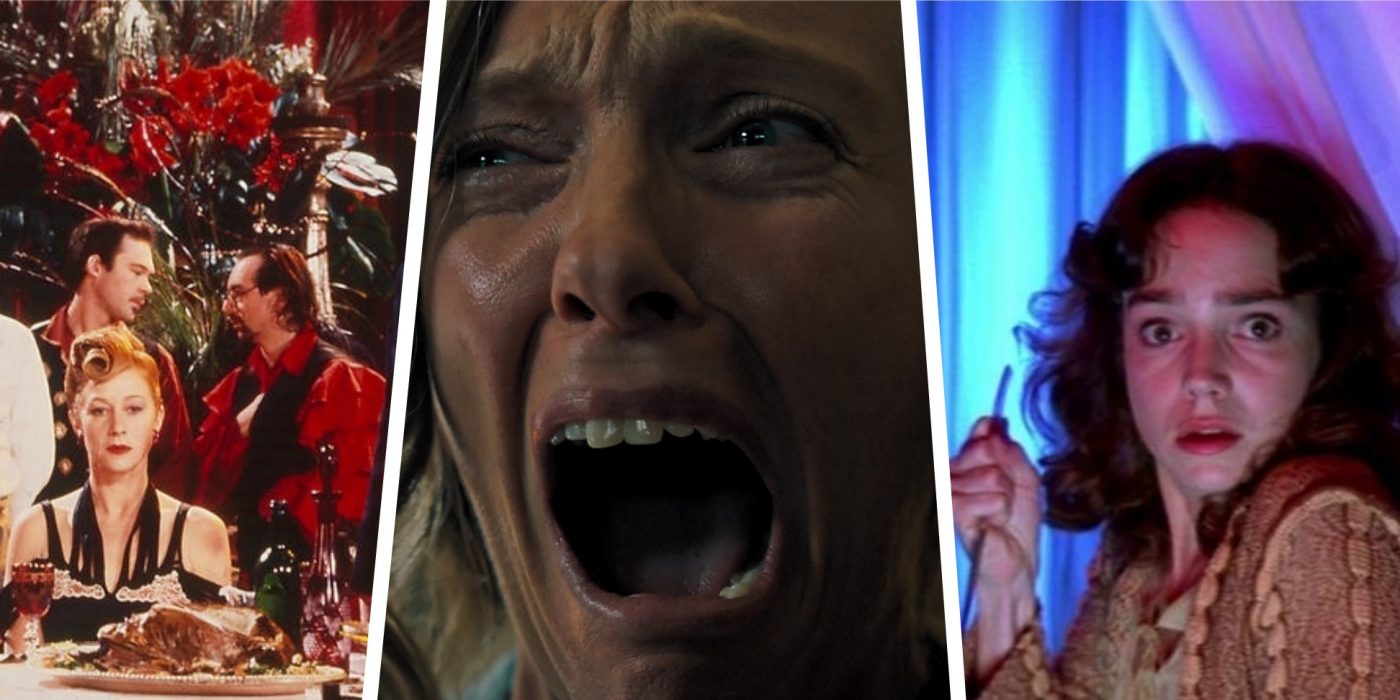 Hailed as a modern horror classic, Hereditary is out now in most cinemas. If you’ve seen it and you’re dying to be even more traumatised – don’t worry, the Suspiria remake is only a few months away. Too much of a wait? Well, Itcher has you covered. This is 5 Movies Like Hereditary.

A pregnant woman is worried that that an evil cult is after her unborn child in this horror classic from a director that isn’t controversial in any way and whose movies are definitely not considerably more unsettling because of what he’s done. If you can stomach separating the art from the artist, well, you can probably stomach this horror masterpiece too.

Director Ari Aster has frequently cited this off-beat black comedy film as a major influence on the style and visuals of Hereditary – plus it apparently traumatised him as a kid. That’s a no-brainer – this movie doesn’t really hold anything back.

Often cited as one of the greatest horror movies ever made and one that’s a major influence on the genre to this day, The Exorcist is mandatory viewing for anyone with even a passing interest in supernatural scares. It’s an iconic masterpiece that led to numerous sequels, countless imitators and even a recent TV series.

This Italian supernatural horror film is particularly apt viewing recommendation considering that its remake is coming out later this year. The haunting and surreal story of a ballerina caught up in a brutal and disturbing conspiracy, Suspiria is well known for its distinct visuals and style. Like many other movies on this list, it’s commonly seen as incredibly influential.

What if your kid was secretly the Antichrist? No, that’s not the plot to The Boss Baby, it’s the story of another horror masterpiece, 1976’s The Omen. A huge critical and commercial hit upon release, The Omen is still well remembered today and was even remade in 2006.