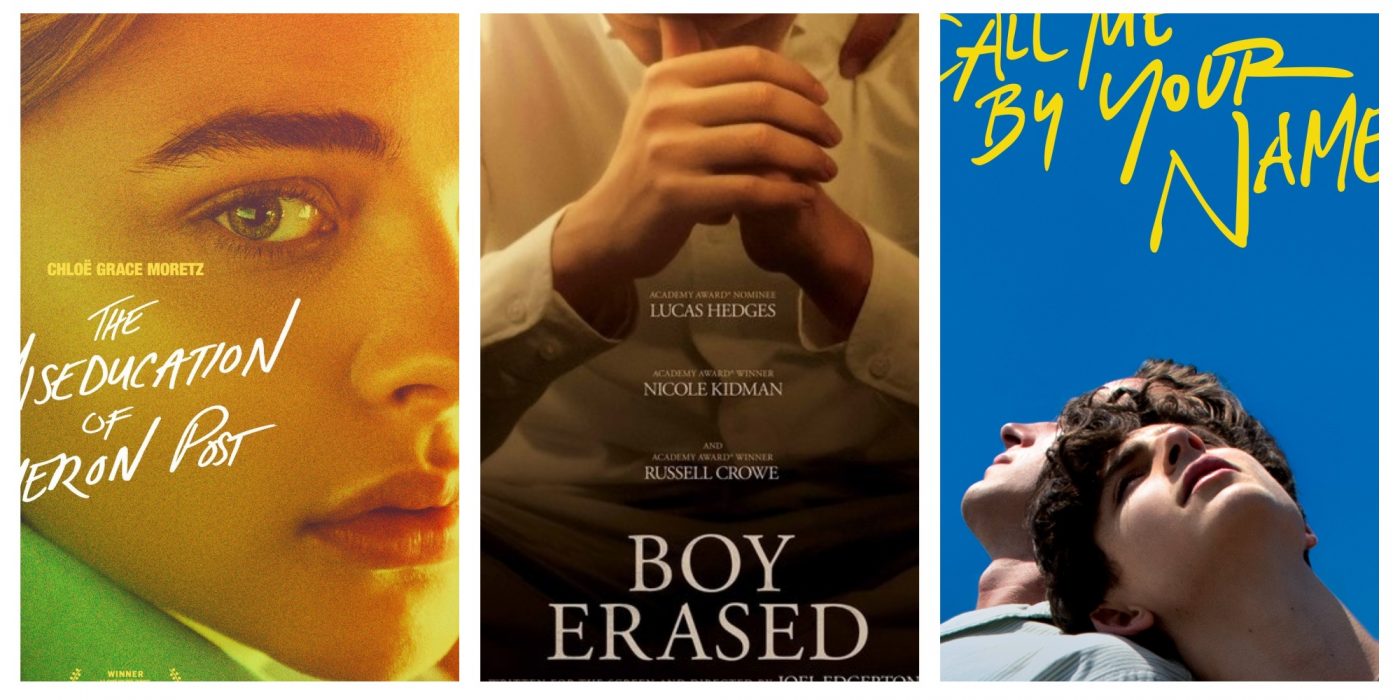 Looking for movies similar to Boy Erased, the drama that tackles gay conversion therapy based on the memoir by Garrard Conley? Itcher has you covered with a handful of recommendations. This is 5 Movies Like Boy Erased.

Earlier this year another movie that dealt with gay conversion therapy was released. A queer coming-of-age story that you can think of as the indie darling counterpart to big awards season contender Boy Erased – if you ask us, both are pretty great.

Speaking of queer coming-of-age stories, 2018 isn’t done yet. There was also Love, Simon – a teen romantic comedy about a closeted boy who is in danger of being outed by a blackmailer, and who’s also looking for an anonymous classmate that he met and fell in love with online.

Last year also had a queer coming-of-age critical darling and it was none other than the sun-swept romance of Elio and Oliver in 1980s Italy.

Robin Williams and Nathan Lane star as a gay couple who must pretend to be straight when meeting with right-wing, moralistic in-laws. A fun comedy that goes beyond stereotypes.

Bringing it back to gay conversion therapy with this cult classic satirical comedy. A high school cheerleader is sent to a therapy camp by her parents, who want to cure her lesbianism – unfortunately, their plan backfires rather spectacularly.