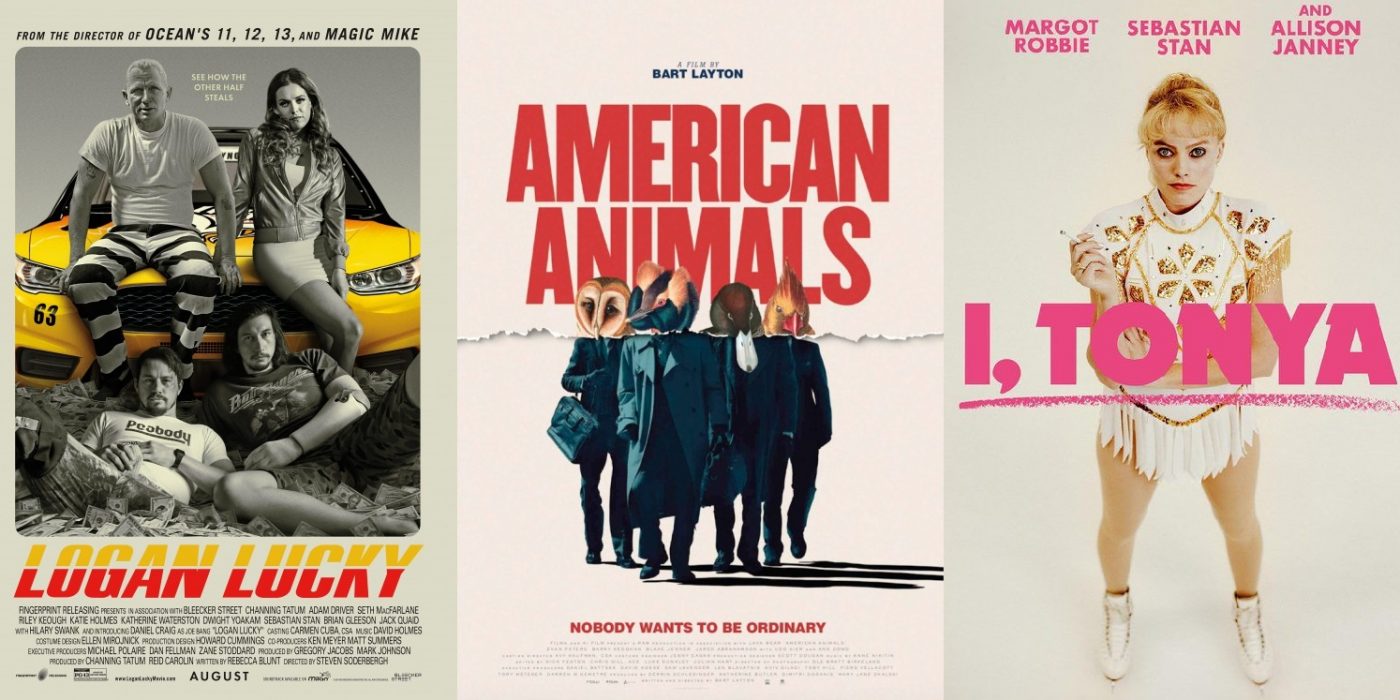 American Animals (Bart Layton, 2018) is based on the true story of a library heist by four students – if you’re looking for more quirky crime capers, this is 5 Movies Like American Animals.

From the writer and director of In Bruges and Three Billboards Outside Ebbing, Missouri comes this dark, witty comedy about a struggling screenwriter who ends up entangled in a life-or-death struggle with the criminal underworld when a friend of his steals the dog of a gangster.

A Coen brothers remake of a classic 1955 film, The Ladykillers is the story of an eccentric Southern professor (Tom Hanks) who plots to rob a casino with the help of his oddball crew, but must first deal with his landlady.

Another film that blurs together fact and fiction like American Animals, I, Tonya explores the life of infamous figure skater Tonya Harding up to an including her connection with the attack on her rival Nancy Kerrigan. Margot Robbie excels as Harding and she has a great supporting cast to back her up – including Allison Janney, who won an Academy Award for Best Supporting Actress.

The directorial debut of indie darling Wes Anderson centres on three friends who are trying to pull off a simple robbery – starring brothers and frequent Wes Anderson co-collaborators Luke, Owen and Andrew Wilson, among others.

From the man behind the Ocean’s trilogy comes a more down-to-earth, blue-collar heist film that is just as entertaining. Channing Tatum and Adam Driver play brothers who plan a heist in the middle of a NASCAR race – and must recruit a safe-cracking expert played by Daniel Craig if they want to pull it off.