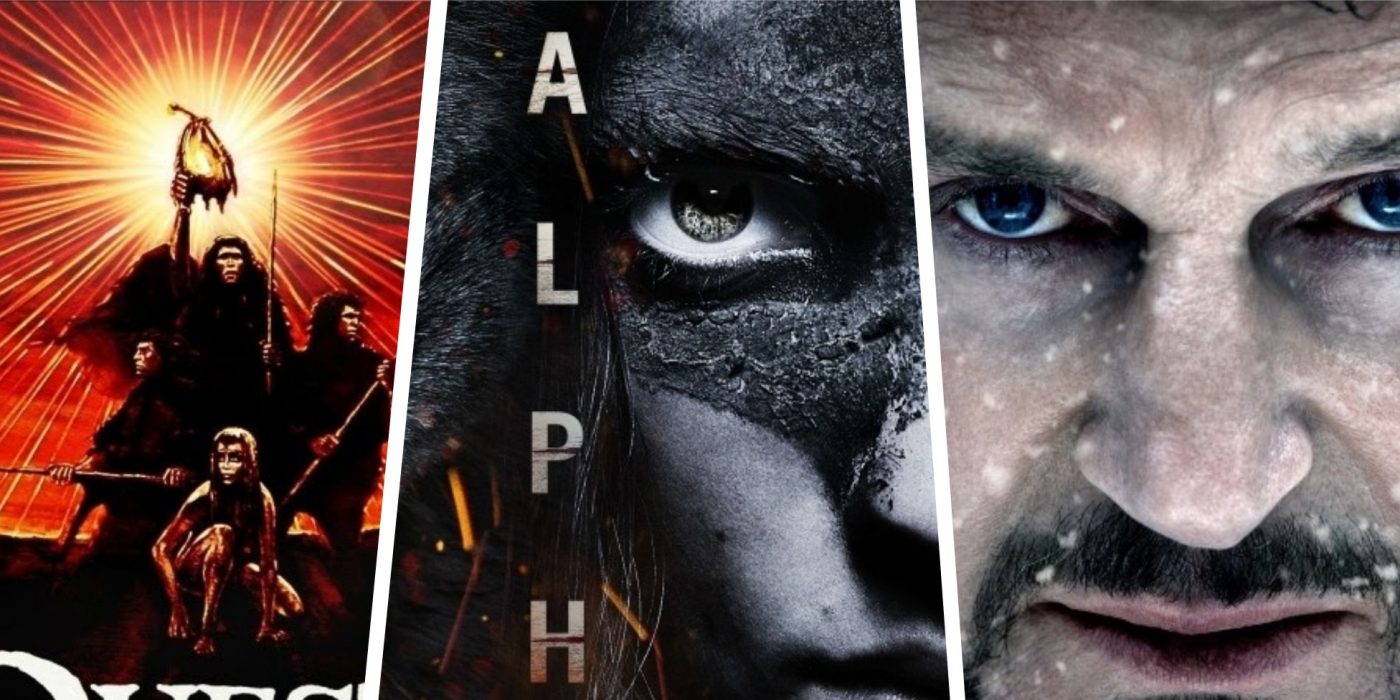 Alpha tells the story of how 20,000 years ago, a young man befriended a wolf during a long and perilous journey. A story of survival, friendship and the bond between man and beast. If you’re looking for similar movie recommendations, this is the place to be. This is 5 Movies Like Alpha.

A prehistoric epic from the director of Independence Day and 2012, 10,000 B.C. follows the fantastical journey of a tribe of mammoth hunters.

Another tale of prehistoric tribe fighting for their future, Quest for Fire follows three tribesmen who are looking for a new fire source. This time, however, the action takes place as far back as 80,000 years ago.

Moving away from the prehistoric, but still firmly in the past – Mel Gibson’s Apocalypto is set in the 16th century near the end of Mayan civilisation. As invaders threaten their lives and their lands, a hunter and his fellow tribesmen find themselves on an epic journey of survival.

And now for something completely different. Prehistoric setting aside, at its core, Alpha is the story of the friendship between man and a wolf. If that’s more to your liking that watching ancient hunters and tribesmen fighting to survive, than maybe check out this beautiful tale of an incredibly loyal pet. Better keep a handkerchief handy though – there’ll be plenty of tears to dry.

Not all wolves can become loyal, friendly companions. Sometimes all they want to do is kill you – such is the case when Liam Neeson and a crew of oil men find themselves stranded in Alaska after a plane crash, only to be stalked by pack of vicious wolves.

5 Movies like The Grey: Mayhem from Alaska to Paris