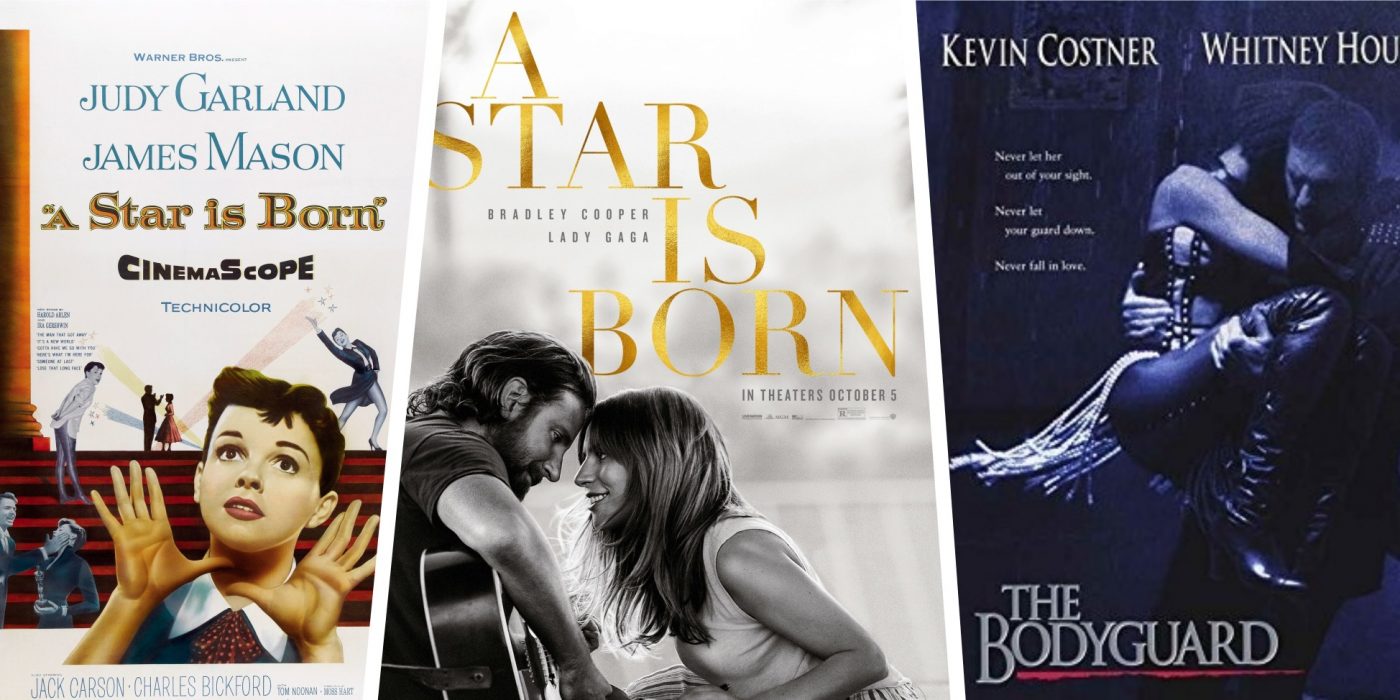 Jeff Bridges stars as fading country musician who finds himself at a turning point in his life when he starts a relationship with a young journalist played by Maggie Gyllenhaal.

Did you know that the 2018 version is the fourth remake of a 1937 film of the same name? The very first remake was a 1954 musical starring Judy Garland and James Mason. A biopic about famous jazz singer Billie Holliday, starring the one and only Diana Ross, whose performance earned her and Academy Award nomination for Best Actress that year.

You might recognise this one from that time The Hitman’s Bodyguard spoofed its poster – Whitney Houston plays an R&B singer whose new bodyguard is a former Secret Service agent, played by Kevin Costner.

Robert De Niro and Liza Minnelli star in this musical drama from Martin Scorsese about a pair of musicians and lovers, whose relationship slowly deteriorates due to the volatile personality of De Niro’s character.