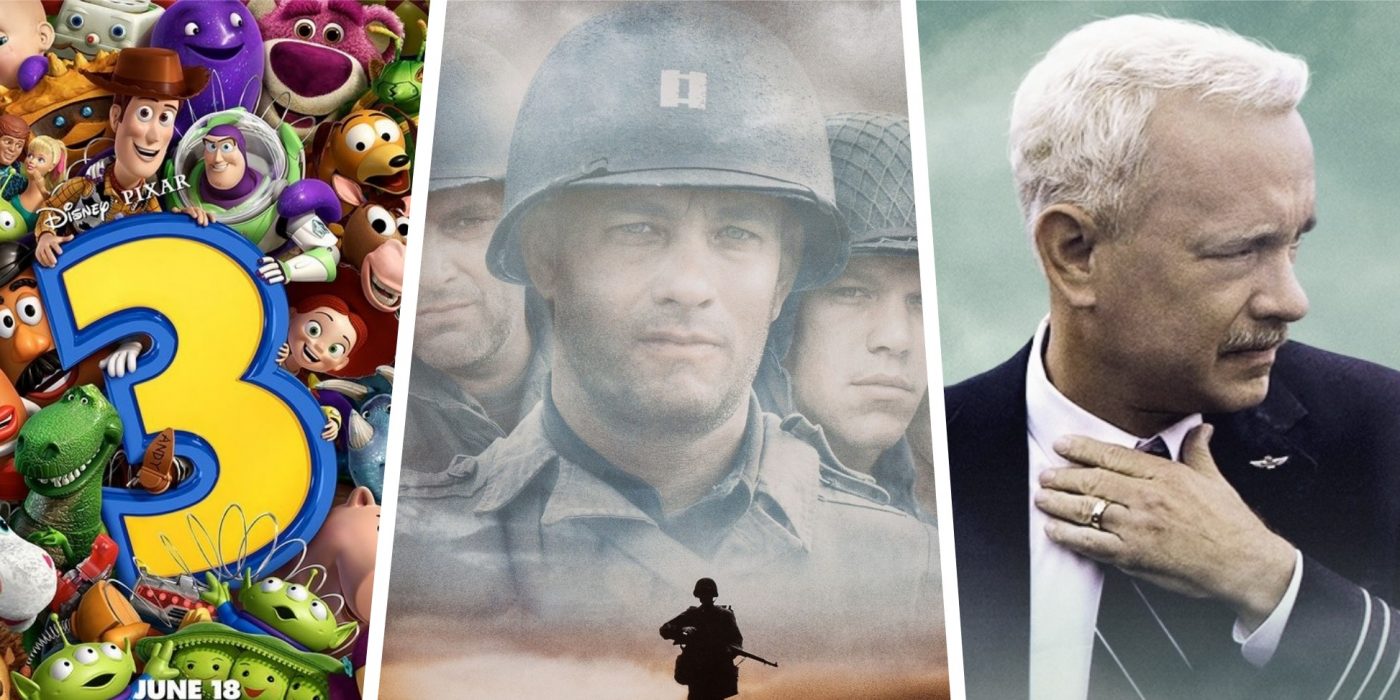 One of America’s greatest and most treasured living actors, Tom Hanks, is celebrating his 62nd birthday today – happy birthday, Tom Hanks! In honour of that, let’s take a loot back at some of his most memorable roles over the years.

What better way to celebrate the joyous occasion of Tom Hanks’ birthday than by talking about one of the most harrowing and intense World War II movies ever made? A definitive WWII epic and just one of many fantastic collaborations between Hanks and legendary director Steven Spielberg.

Speaking of legendary directors, Tom Hanks recently teamed up with none other than Clint Eastwood to bring the amazing true story of Sully Sullenberger on the big screen – an airline captain that pulled off a daring water landing on the Hudson river, saving the lives of all passengers on board.

The conclusion to the beloved Toy Story trilogy (at least until Toy Story 4 comes out next year), Toy Story 3 saw Hanks once again lend his voice to play Woody, the pull-string cowboy doll. In the third movie, Andy’s toys end up in a day-care centre just as Andy’s about to leave for college.

Tom Hanks had a go at playing Walt Disney himself in Saving Mr. Banks, a dramatisation of what happened behind the scenes during the making of Mary Poppins – writer P.L. Travers didn’t want to sell the rights to her books, but Disney is not a man who takes no for an answer.

One of Tom Hanks’ most iconic roles is undoubtedly that of Forrest Gump, a slow-witted, but kind, friendly and heroic man whose life spans some of the most significant events in the history of the latter half of the 20th century.