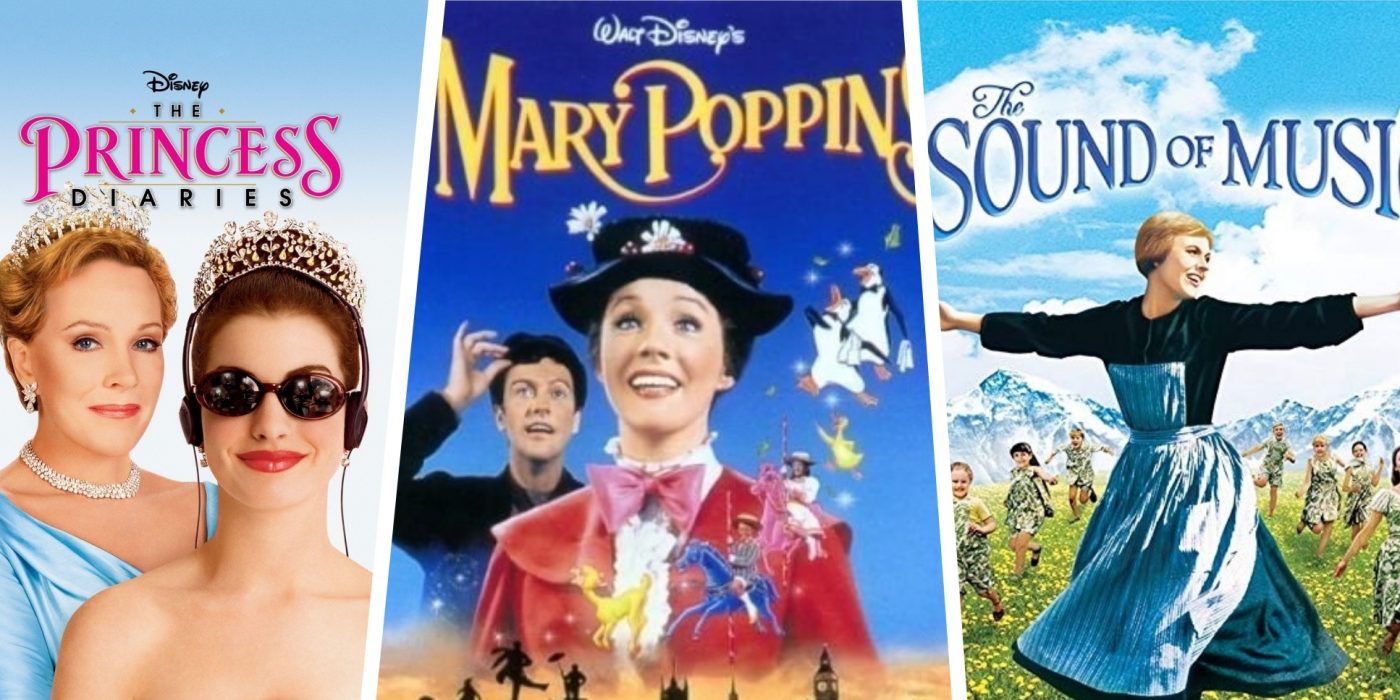 Itcher celebrates Julie Andrews’ birthday by spotlighting a handful of her most memorable roles over the years – this is 5 Great Movies with Julie Andrews.

One of Andrews’ most iconic roles has her play a young Austrian woman studying to be a nun who is sent to the villa of a retired widower to take care of his seven children. Even if you’ve somehow never seen it, this particular musical is permanently etched into popular culture – its most famous moment referenced and parodied countless times. It was such a smash hit that for a while it seemed like it could bring about the revival of the musical genre in the 60s.

5 Movies like The Sound of Music: Back in the Habit

A year before The Sound of Music, Julie Andrews made history by playing Mary Poppins in Disney’s musical adaptation of P.L. Travers’ books. One infamously shoddy British accent aside, the tale of the magic nanny helping two neglected children is a timeless family classic – so much so that later this year Marry Poppins Returns, this time played by Emily Blunt.

Based on the almost definitely true story of a teen who one day discovered she was the heir to an entire kingdom, The Princess Diaries has Andrews play the Queen of Genovia. Is it even possible to make Anne Hathaway glamorous and graceful? Preposterous. Seems like this romantic comedy is a work of fiction after all.

5 Movies like The Princess Diaries: Friends, Family and Princesses

Going back to the 60s for a bit, so that we can go back to the 20s, where this delightful musical is set – Andrew plays a naive young woman who gets caught up in a series of madcap adventure while she’s looking for a wealthy man to marry.

Andrews continued to play royalty by lending her voice to the sequel of Shrek. Here she plays Fiona’s mother, Queen Lillian who is definitely more understanding and open to the idea of her daughter marrying – and being – an ogre than her husband, the king.