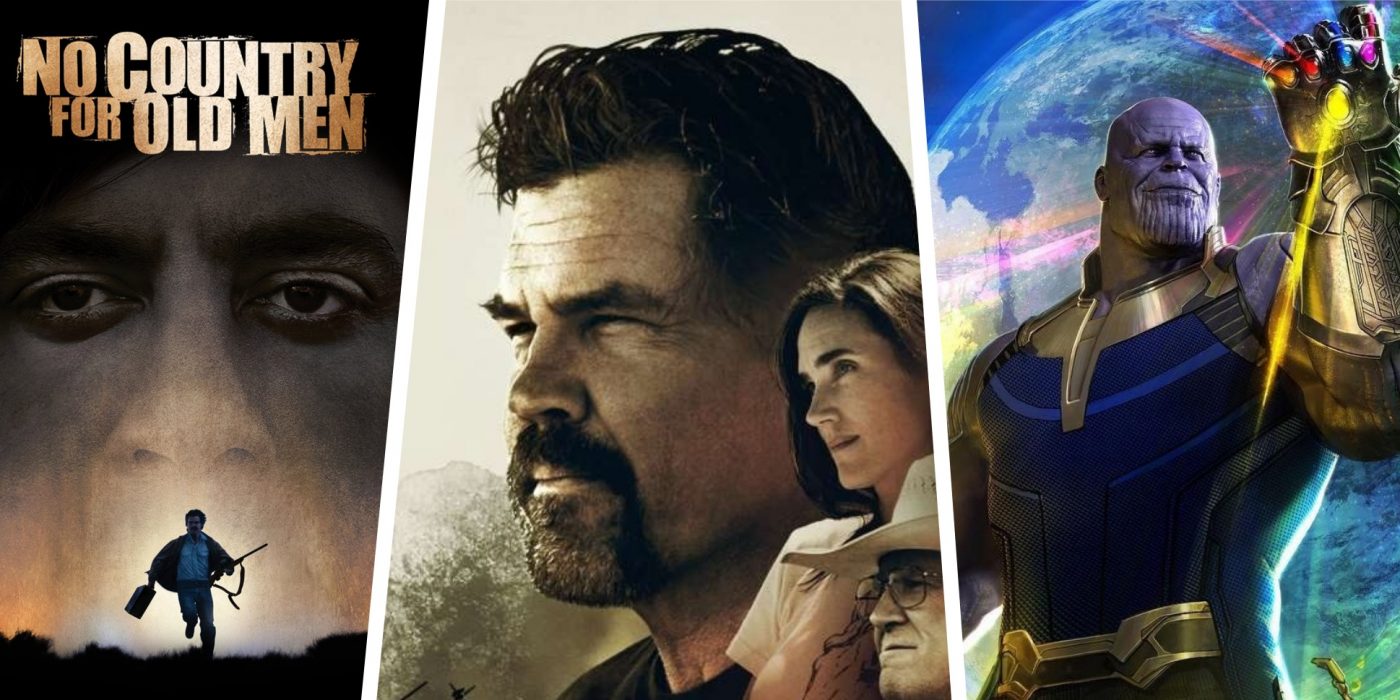 It’s impossible to deny that Josh Brolin has been having a pretty great year. In between starring roles in two of the biggest superhero movies of the year – Avengers: Infinity War and Deadpool 2 – Brolin also reteamed with Benicio Del Toro for a sequel to Sicario. If you’re behind on your Brolin and the 2018 triple threat has left you eager to catch up, this list is for you – these are 5 Great Movies with Josh Brolin.

Arguably one of the best, if not the best movie by The Coen Brothers (which is saying something, given their track record), No Country for Old Men has Josh Brolin stumble onto a drug deal gone wrong. He walks away with two million dollars, drawing the ire of a psychopathic assassin. Almost everyone agrees that Javier Bardem steals the show, but Brolin also puts in a terrific performance in this tense and gripping thriller.

5 Movies like No Country for Old Men: Relentless Pursuits

The culmination of 10 years and over 20 movies of build up, Avengers: Infinity War sees all the heroes of the Marvel Cinematic Universe team up to face their greatest challenge yet – and that challenge is none other than Brolin himself as the Mad Titan Thanos. Thanos wants to restore balance to the universe by wiping out half of all life. All he needs is the six Infinity Stones.

A compelling, old-fashioned biopic based on the true story of a group of elite firefighters. Josh Brolin stars as the gruff, no-nonsense superintended of the crew and is joined by a terrific ensemble cast that includes Miles Teller, Jennifer Connelly, Jeff Bridges and more.

A biopic based on the remarkable life of of gay rights activist and politician Harvey Milk, this film is a starring vehicle for Sean Penn that also includes Josh Brolin in a key supporting role. Brolin even scored an Academy Award nomination for Best Supporting Actor for his performance.

It’s hard to pin down exactly what Inherent Vice is, but if you had to describe it one word, it’d almost certainly be unique. This one is an acquired taste, but one way or another, you’re in for a wild ride. The less you know going in, the better.