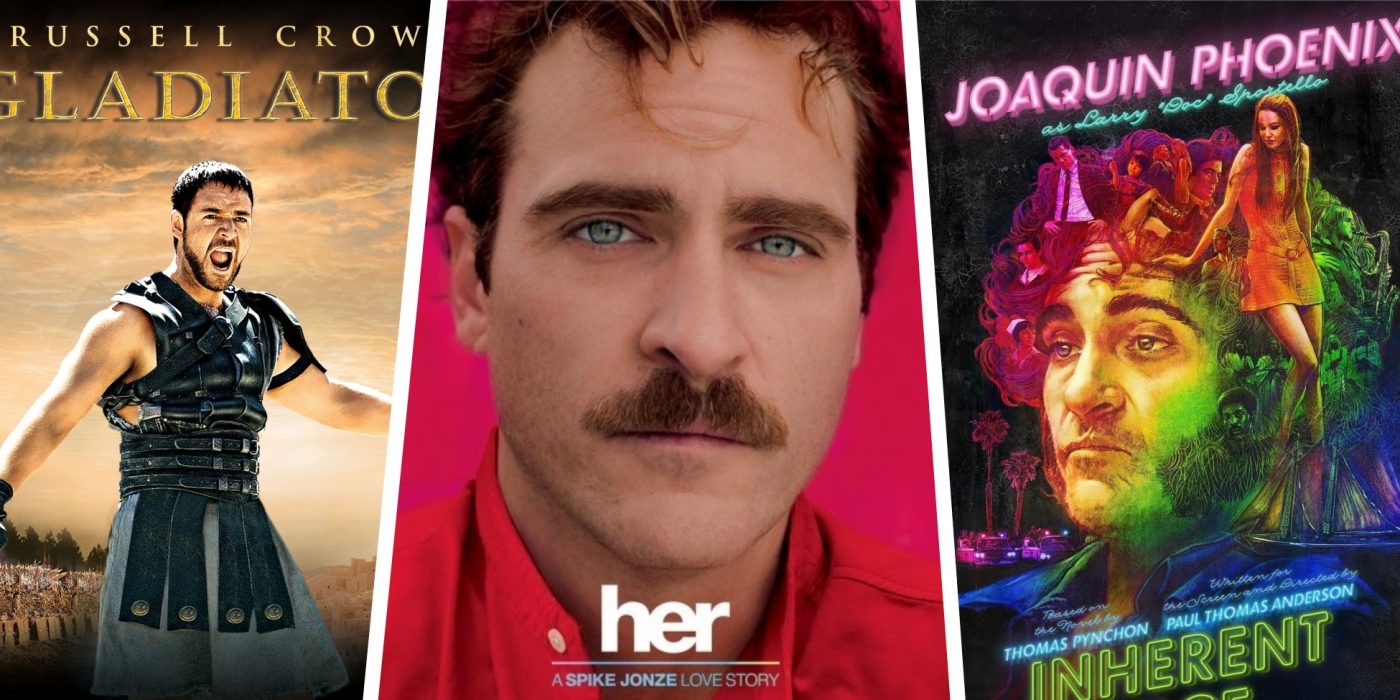 Itcher is here to celebrate the immensely talented Joaquin Phoenix’s birthday by taking a look back at some of his most memorable roles over the years. This is 5 Great Movies with Joaquin Phoenix.

Set in a future that might be quite near indeed, Her explores the relationship between a lonely writer and an operating system with a voice – specifically, the voice of Scarlett Johansson. It offers a fascinating and sweet look at loneliness and the quirks of modern relationships.

A classic sword-and-sandals historical epic about a disgraced Roman General who sets out to avenge his family, Gladiator stars Phoenix as the corrupt emperor that murdered said family and sent Russel Crowe’s hero into slavery.

A bizarre, but undeniably entertaining neo-noir comedy where Phoenix – playing a stoner hippie P.I. in 1970s LA – joins a large and eclectic ensemble cast. His co-stars include Josh Brolin, Reese Witherspoon, Benicio Del Toro, Maya Rudolph and many, many more.

A biopic about the legendary singer-songwriter Johnny Cash, Walk the Line earned Phoenix’s co-star Reese Witherspoon plenty of praise and accolades, including an Academy Award for Best Actress. Phoenix himself was no slouch, gathering rave reviews for his portrayal of Cash and a Best Actor nomination – it wouldn’t be the only one.

A dark, psychological thriller that subverts the typical crime movie revenge and kidnapping tropes, You Were Never Really Here stars Joaquin Phoenix as a traumatised vet working as a hired gun. He takes a job to find a missing girl that quickly spirals out of control and sends them both on a dark path.