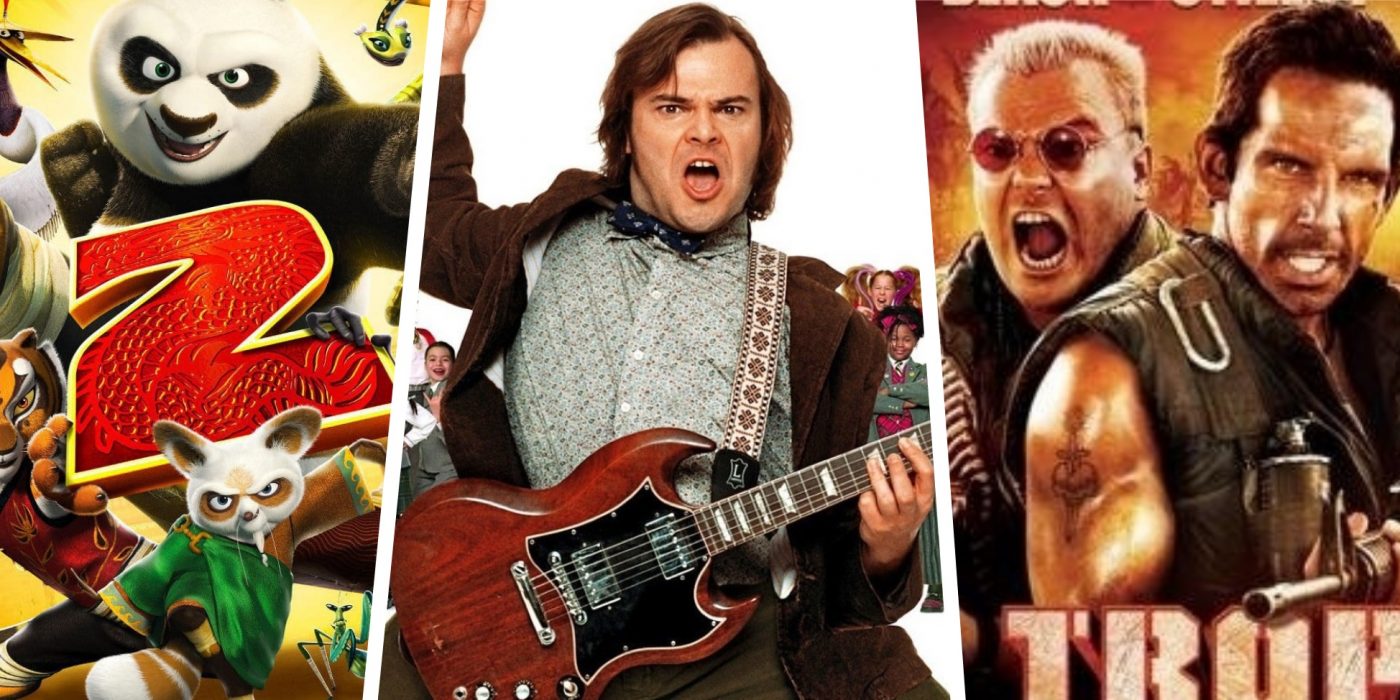 Itcher is ready to celebrate actor, comedian, musician and all around super cool dude Jack Black’s birthday by taking a look back at some of his most memorable roles over the years. This is 5 Great Movies With Jack Black.

High Fidelity may be first and foremost a John Cusack romantic comedy about a guy looking back on past breakups, but it does feature a very memorable supporting turn from Jack Black.

Jack Black voices the titular panda Po, who in the sequel has fully taken up the awesome responsibilities of being the Dragon Warrior. The return of the evil Lord Shen is more than just a threat to China – for he has a dark connection to Po’s elusive past.

In this gut-busting action comedy, a group of high maintenance actors shooting a Vietnam war film are thrown in the jungle for real. Jack Black plays a drug-addicted comedian known for low-brow humour roles, who’s afraid people don’t take him seriously as a performer.

In Peter Jackson’s epic remake of the classic King Kong, Jack Black plays the ambitious and ever-so-slightly crazy movie director who decides to travel to the mysterious Skull Island for his latest film. Unfortunately for everyone involved, Skull Island is home to all manner of strange beasts and deadly threats – chief among them is Kong himself.

A comedy about a struggling guitarist who takes a job as a teacher at a prestigious prep school and helps the kids discover their inner rock and roll, School of Rock is one of Jack Black’s best known roles – the movie was so successful that it even got adapted to stage.