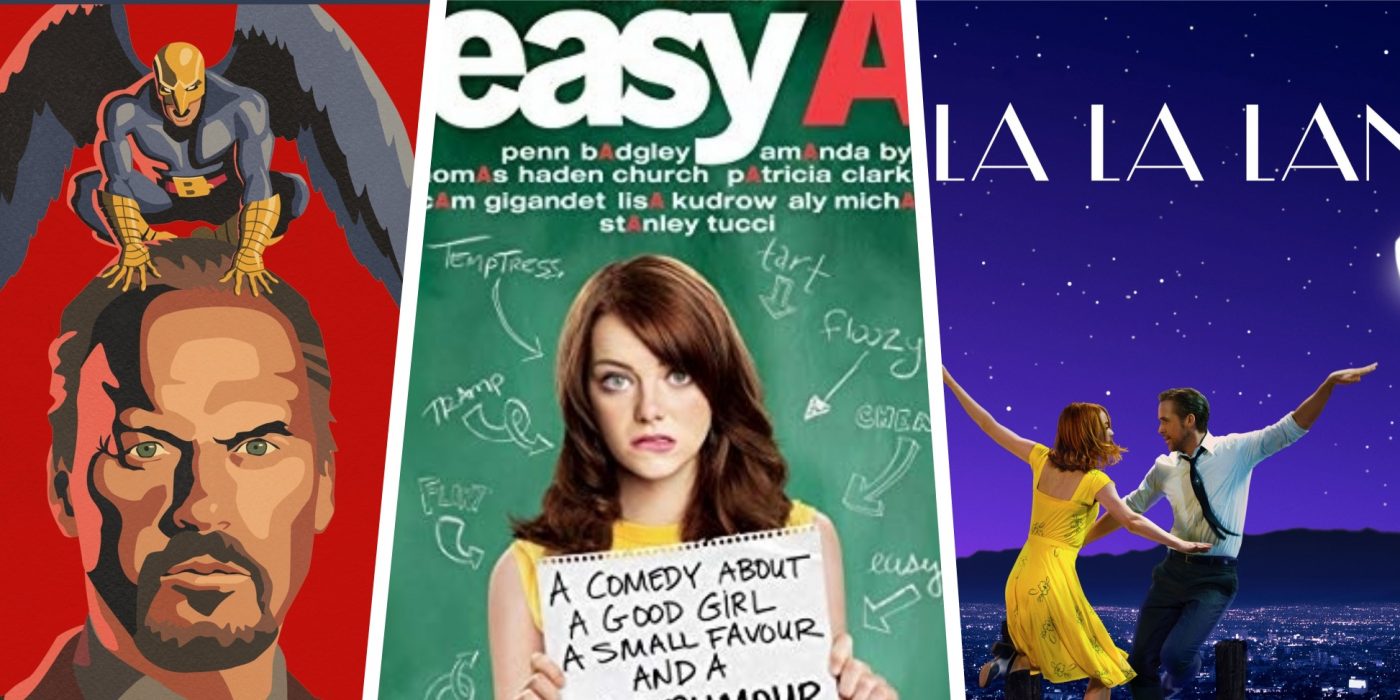 Ever rising star Emma Stone celebrates her birthday today and in honour of that, we’re going take a look back at some of her most memorable roles over the years. This is 5 Great Movies with Emma Stone.

Emma Stone and Ryan Gosling once again shared an on-screen romance in Damien Chazelle’s award-winning musical La La Land – the story of a struggling jazz musician and an aspiring actress who cross paths in Los Angeles. Stone would win the Academy Award for Best Actress for her performances.

Gosling and Stone’s first big screen pairing was in the romantic comedy Crazy, Stupid Love – the story of a middle-aged, soon-to-be divorcee (Steve Carell) whose new friend, Jacob (Gosling) starts teaching him how to pick up women at bars. Stone plays Hannah, a young woman who falls for Jacob and slowly starts to pry him away from his womanising ways.

A spectacular black comedy about a fading Hollywood actor (Michael Keaton), best known for playing a superhero, who struggles to put together a Broadway production. Emma Stone, who plays the actor’s daughter, joins an ensemble cast that also includes Edward Norton, Andrea Riseborough,  Zach Galifianakis and others. The kicker? The whole movie is presented as if it was one long, continuous single shot.

An early star-making turn for Emma Stone came with the zombie action comedy Zombieland, in which a geeky college kid and three strangers travel across country in the aftermath of a zombie apocalypse.

Stone’s first starring performance and real breakthrough would come with Easy A, a teen comedy about a high school student who starts using rumours and hearsay to advance her social and financial standing. She was pretty much universally praised, and the role would pave to way to greater success in the coming years.