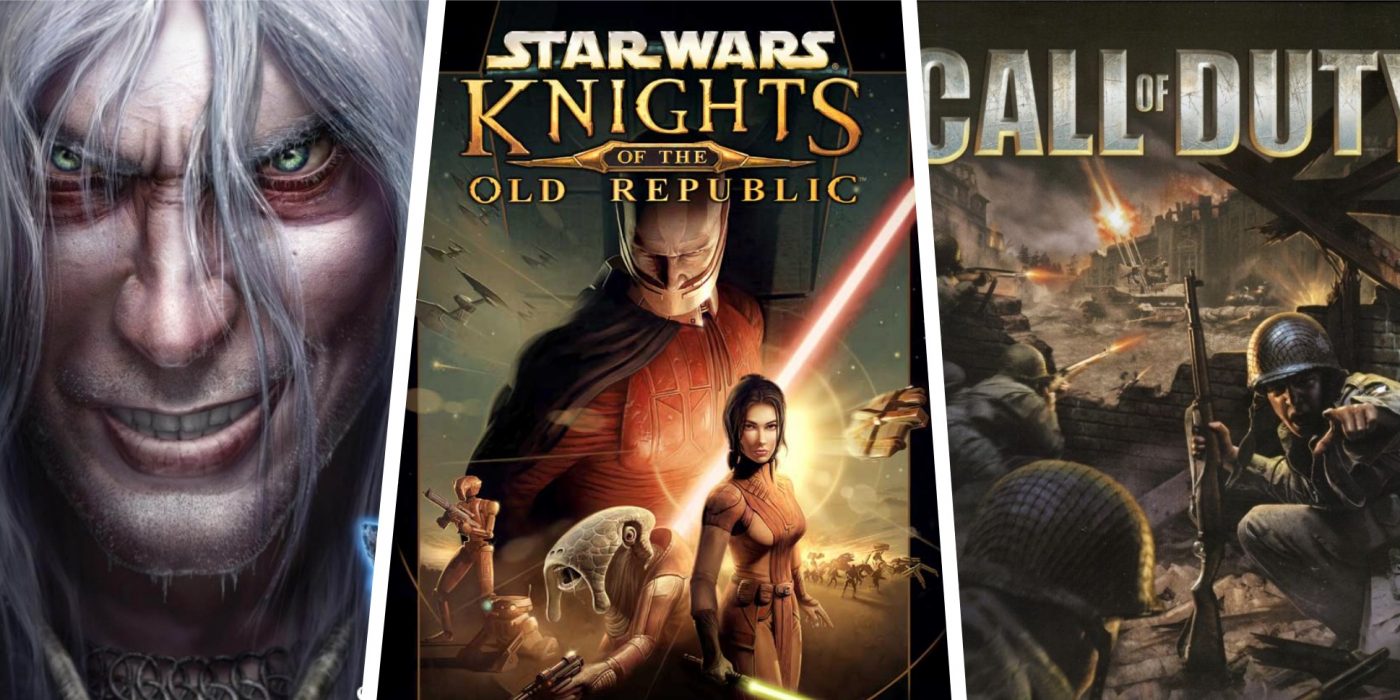 The future of gaming looks incredibly exciting, but it’s important to remember the past as well. Itches looks at game anniversaries of beloved classics – this is 5 Great Games Turning 20.

Before World of Warcraft and Hearthstone, there were the original Warcraft RTS games – the last of which was the expansion to Warcraft 3, dubbed The Frozen Throne. With exciting new single-player campaigns that picked up after Reign of Chaos’ epic conclusion, TFT is an RTS classic beloved to this day.

At a time when Star Wars were disillusioned by the lacklustre movie prequels, there came an outstanding RPG that made many fall in love with Star Wars all over again. Set thousands of years before the events of any movie, Knights of the Old Republic told a fresh and exciting new story in a galaxy far, far away.

5 Immersive Games like Star Wars Knights of the Old Republic

Its cartoon-like, cel-shaded art style was divisive upon release, but over time, fans grew to love and admire Wind Waker as a truly wonderful instalment in one of gaming’s oldest and most successful franchises. Explore islands scattered across a vast sea, either in the original classic, or in the recent HD remaster.

5 Temple-Based Games like The Legend of Zelda – The Wind Waker: Hey! Listen!

While the first two games are often seen as the pinnacle of this iconic horror franchise, the third instalment shouldn’t be dismissed out of hand. A continuation of the first game set 17 years after Henry Mason left Silent Hill with a baby girl to raise, Silent Hill 3 lets players control a now teenage Heather. She once again crosses paths with the cult of the town and becomes entangled in their sinister plans.

Yes, the legendary FPS series celebrates its 15th anniversary this year – the original CoD was a groundbreaking WWII game that let players experience the war from three unique perspectives: that of an American, British and Russian soldier respectively.

It says something about this beloved action adventure game’s cult following that even 15 years later, fans are incredibly excited for the follow-up they were promised. Praised for its design, story and characters that captured the imagination of a generation despite poor sales, the original is well worth revisiting to this day.