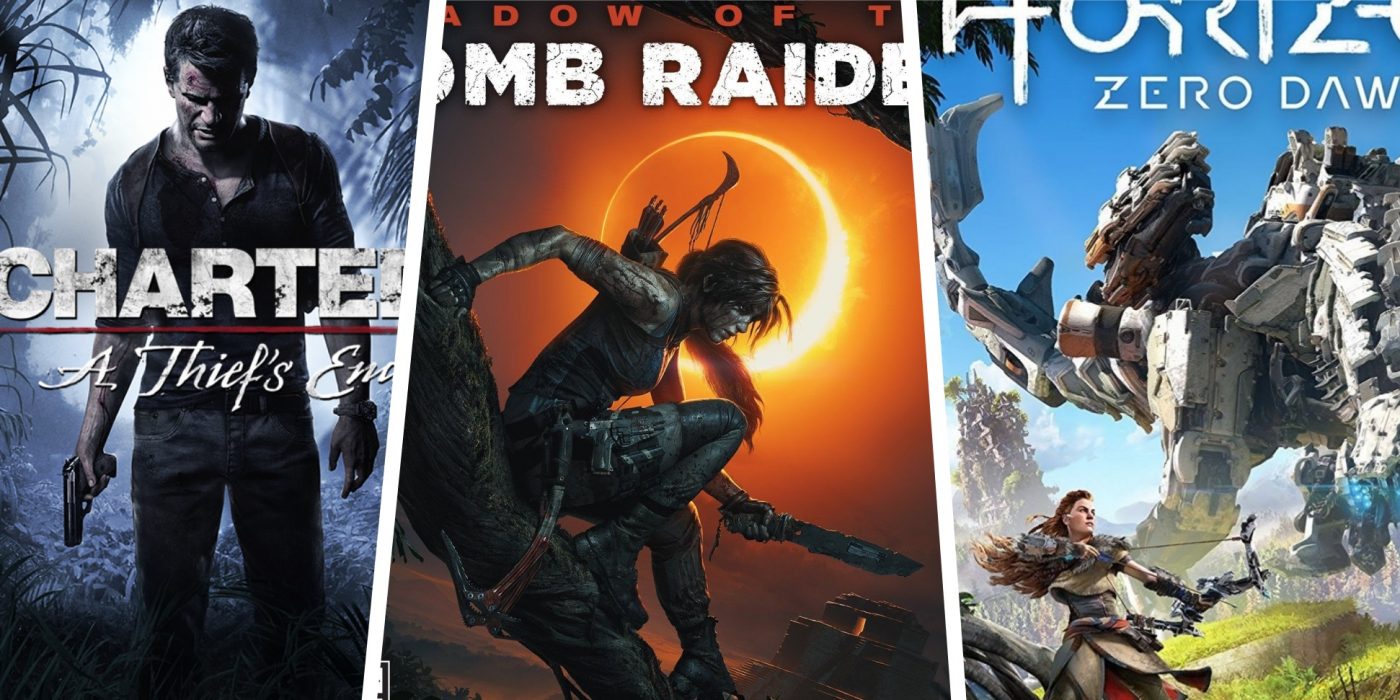 Lara Croft returns in Shadow of the Tomb Raider – but if you’re holding off on playing her latest adventure for now (or if you’ve already finished it), maybe these games will scratch that adventure itch.

The first instalment in the rebooted series followed a younger Lara on her first big adventure, as she finds herself shipwrecked on a dangerous, uncharted island. Can you survive the perils of Yamatai and discover its dark secrets? This game was also a major influence on the Tomb Raider movie reboot.

Are There Any Games Similar To Tomb Raider?

The sequel to 2013’s Tomb Raider follows Lara as she searches for the legendary city of Kitezh and butts heads with the paramilitary organisation Trinity. The game is very similar to its predecessor, mixing in exploration and puzzles with combat and optional stealth.

The final instalment in the Nathan Drake saga, Uncharted 4 sees the legendary thief and treasure hunter come out of retirement to help his long lost brother track down a mythical pirate treasure. The most story-driven chapter of the series, A Thief’s End adds a viable stealth mechanic and ups the verticality of Nate’s movement by adding a grappling hook – all while delivering the series’ trademark action spectacle moments.

An open-world game with a female protagonist who rocks a bow and arrow – Horizon: Zero Dawn is set in a fascinating future where primitive tribal societies co-exist with giant mechanical beasts. Aloy, an outcast, sets out to find the cause behind the Derangement, which is making the machines considerably more aggressive and dangerous.

Far Cry 3 may be short on tombs to explore, but it does feature a dangerous island for its open world setting. Protagonist Jason Brody must confront a band of pirates led by Vaas, often seen as one of the best video game villains ever. Like Lara Croft, Jason must hunt the island’s animals to improve his gear – he can even rock a bow.