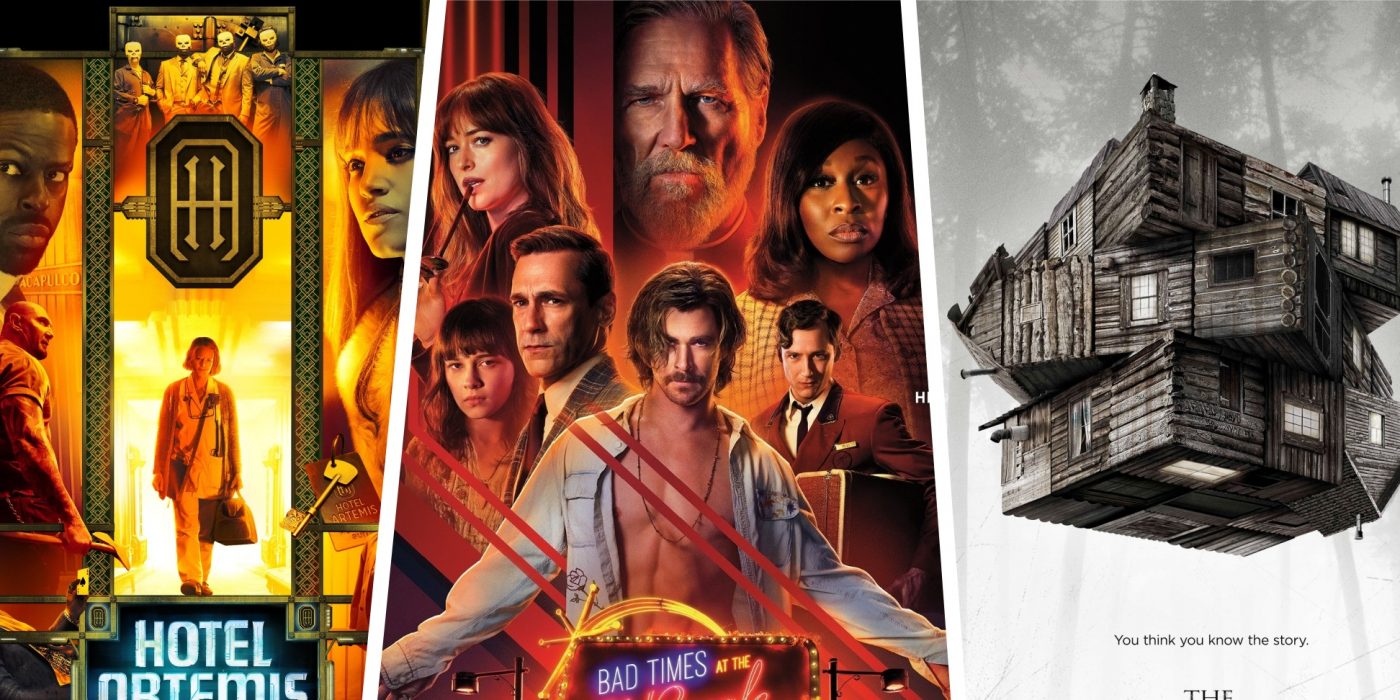 Part of what makes Bad Times at the El Royale such a standout movie (apart from its awesome cast) is that there actually aren’t that many movies like it out there – still, we gave it our best shot and came up with 4 Movies Like Bad times at the El Royale.

The movie co-written and directed by El Royale’s writer and director is bound to be your cup of tea if you enjoyed the latter . The Cabin in the Woods is a subversive and creative love letter to the tropes of Western horror (particularly slasher films) and the ending will simply blow you away.

5 Movies like The Cabin in the Woods: Horror Meets Comedy

A hotel/hospital for criminals in a dystopian near future, with an ensemble cast playing a group of colourful and shady characters – if the El Royale was to your liking, then you should definitely consider checking in at the Artemis as well.

A murder mystery with a psychological twist, Identity follows ten strangers who are forced to spend the night at a remote motel due to inclement weather – only to start dying one by one.

A cult classic comedy based on the board game of the same name, Clue has a group of strangers attend a mysterious dinner party at a mansion – why are they there, what is their connection and who among them is a killer?