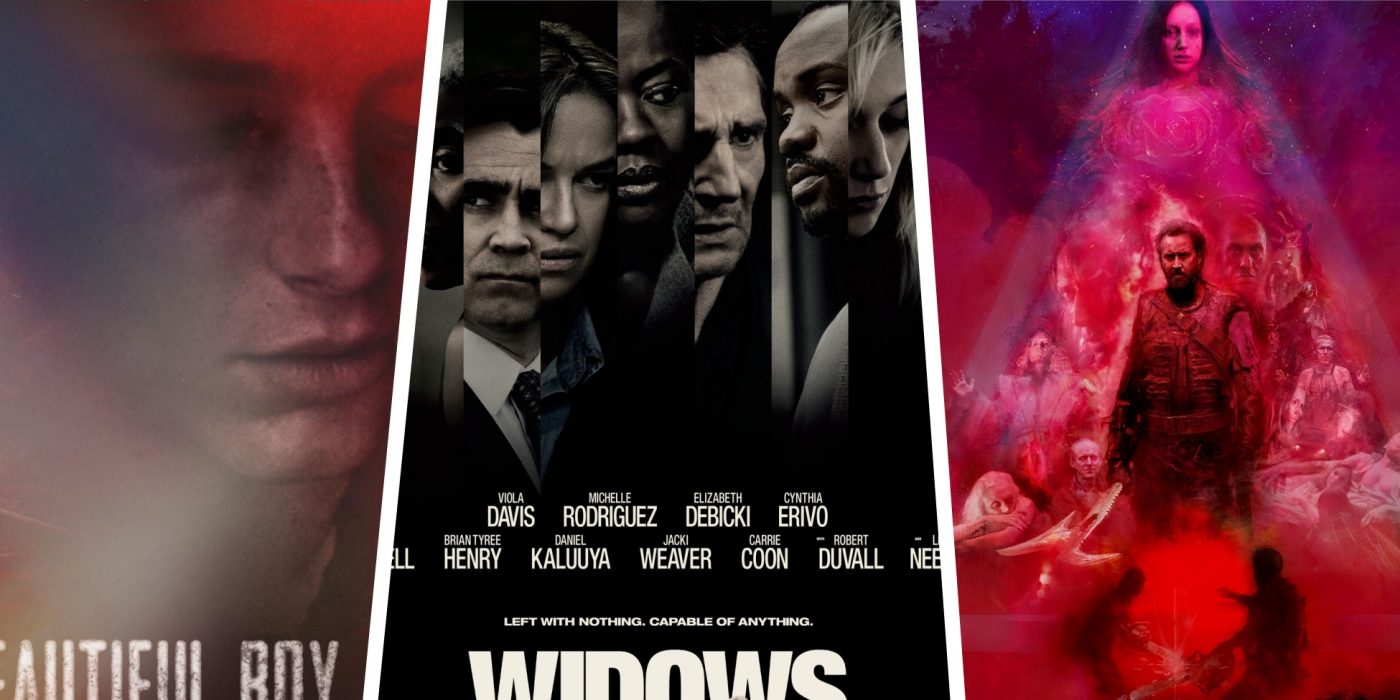 With the London Film Festival less than two weeks away, here’s a selection of films from its massive programme to keep an eye out for – and if you’re not going to the festival itself, you’ll still want to write some of these down. These 13 are not movies you want to miss.

The festival’s opening night gala is Steve McQueen (12 Years a Slave, Shame)’s crime thriller Widows, starring Viola Davis, Michelle Rodriguez, Elizabeth Debicki and Cynthia Erivo as four recently widowed women who step up to finish the heist their dead husbands tried to pull off. The film made its world premiere at the Toronto International Film Festival, where it got rave reviews – this is one of this year’s heavy hitters, practically guaranteed to make a huge splash come awards season.

A biographical drama about the strained relationship between a father and his teenage son struggling with addiction. Timothée Chalamet, who made a huge splash with his performances in Lady Bird and Call Me By Your Name last year (even earning an Academy Award nomination for Best Actor, third youngest nominee in history) stars as the son, while veteran actor and full time silver fox Steve Carrel plays his dad.

THE BALLAD OF BUSTER SCRUGGS (The Coen Brothers, 2018)

For many cinephiles, the words ‘written and directed by the Coen brothers’ are like the sound of angels pouring honey in their ears – and with good reason. The Ballad of Buster Scruggs will be an anthology of western stories, and there’s every reason to be excited for the Coens have in store for us this time.

Writer and director Yorgos Lanthimos (The Lobster, The Killing of a Sacred Deer) is definitely an acquired taste – one thing you can certainly say about his movies is that they’re never boring. If you’re not familiar with his work… well, it’s pretty out there. So, his latest, starring Olivia Colman, Rachel Weisz and Emma Stone is certainly worth paying attention to.

With the legendary Robert Redford announcing his retirement from acting, this may very well be his final role – and it seems like a fitting swan song indeed. Based on the remarkable true story of an elderly career criminal who launched a series of audacious heist that captured the imagination of the public – and certainly got the attention of the authorities.

After his last film, Moonlight, won (among many other accolades) Best Picture at the Oscars (sorry, La La Land), writer and director Barry Jenkins returns with an adaptation of a James Baldwin novel – the story follows an African-American woman who sets out to clear her wrongfully convicted husband’s name.

A documentary about the life and philosophy of one of the kindest, sweetest media personalities in history – Mr. Fred Rogers – is always a welcome treat. And with Tom Hanks set to play Rogers in a biopic next year, this is a good time to familiarise yourself with his story.

A movie that’s bound to divide audiences and critics alike, this remake of the classic 1977 Italian supernatural horror film follows the story of a young dancer who joins a prestigious dance academy. To call what goes on there strange and unusual would be a severe understatement. Love it or hate it, this is one that is sure to get people talking.

Fans of Maggie Gyllenhaal are sure to appreciate this drama about a New York kindergarten teacher who steadfastly believes one of her students is a child prodigy. The movie made its premiere on Sundance and it’s set to rock the LFF before it comes out on Netflix.

Nicolas Cage has slowly been making a comeback in the last few years and this action horror flick might just be surest sign yet that he’s back for good. Psychedelic visuals, unhinged religious sects, chainsaws and an angry as hell Cage, hellbent on revenge – sounds like a blast to us.

A semi-biographical black-and-white drama inspired by the life and upbringing of writer and director Alfonso Cuarón (Gravity, Harry Potter and the Prisoner of Azkaban), Roma follows a middle class family and their live-in housekeeper in Mexico City in the 1970s. A deeply personal story from an exceptional director, with rave reviews to boot.

16 years after the documentary about its troubled production was released, Terry Gilliam’s nearly-three-decades in the making film about the windmill-chasing knight is finally finished. Can it live up to such an extraordinary long wait?